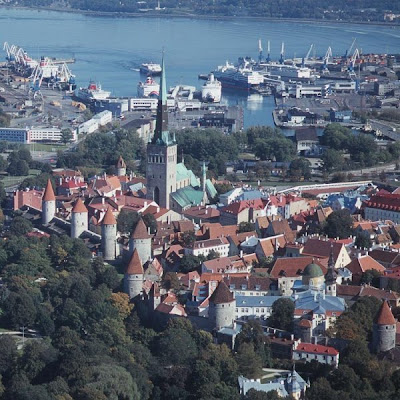 Because of the guest participant, item VII on the agenda was discussed first.

Peter Withey and Mike Codron gave the committee an update of the proposed agenda for the congress, where there still is a possibility to make changes. They urged the Committee members to look at the itinerary and give suggestions to new topics. The whole structure will depend on the topics.

There will be tracks designated to the different sections throughout the congress. IACA has been given 2 sessions Monday and Tuesday and 3 sessions Wednesday; each of which will last for approximately 1 ½ hours. IACA does not have to fill all 7 sessions, if there is no programme. Also the Professionalism Track could be interesting to IACA members. Some of the members in the IACA Committee have offered to write a paper, amongst whom are Jay Jaffe and Mike Toothman. Mike’s presentation will take 1 ½ hours with discussion. He will send what he has by now to Peter Withey and Mike Codron.

IACA’s Organizing Subcommittee will have to discuss topics and how to get papers on IACA relevant matters. The Committee ought to have a telephone conference pretty soon. Following persons are members of this committee: Mike Codron, Liyaquat Khan, Jay Jaffee, Ken Buffin, Andrew Vaughan, Mike Toothman and Hideyuki Yoshida.

Tuesday and Thursday afternoon are occupied with social activities, and the official dinner is Tuesday night. The IACA General Meeting will be Monday at 17.00. As this is at the end of the day, it will not be a problem if the meeting takes more time than supposed. On the agenda for the General Meeting will be the secretary’s report and the treasurer’s report, and election of new members of the Committee. We shall need a nominating committee. After the Committee members are clear, the officers will be elected.

The IACA lunch can be held Wednesday. The Max Lander Award winner will be presented during the lunch. Peter Withey needs a list of invited people (with accompanying persons), in order to make proper arrangements.

For the IACA Committee Dinner Monday seems to be best choice. ICA will find a proper place, but need to know how many will attend.

Amended version of the minutes had been circulated to the Committee Members. The minutes were approved. Morten Harbitz tells Christian Levac to post it on IACA’s website.

2008 Financial Information
The 2008 financial accounts are OK. Morten Harbitz will split it on the different quarters by next meeting.

Proposed Budget 2009-2012 – Approve 2009
We have received a paper from IAA, indicating increased costs at the Secretariat. We can anticipate a further increase of the dues to IAA up to $10 per member. The current financial outlook for IACA has no room for a further increase of costs without increasing the income. It is therefore important to increase the number of members, from the current 582.

The budget for 2009 does not contain any additional expenses at the Tokyo Meeting (except the $500 that are set off for total expenses for odd-year meetings in 2009).

IAA also indicates extra costs for a computer. We need to know more about this. Morten Harbitz gets information from the IAA Secretariat.

Morten will get a report on the investments and bring the information back to the committee at next meeting.

Website update
Most is updated, but Margaret Sherwood needs a little help from Ken Buffin and Ken Hohman. Also the historic data may need some updating. It turned up that the German text is not good. Gerd Warncke will send corrected text to IAA. We also need to get the Spanish and French text checked.

A Nominating Committee needs to be formed.

Margaret has got an email from Spain with an invitation to hold a colloquium there in 2012. That year is occupied, and Margaret will reply that 2016 is available.

We ought to publicize that members can pay the dues directly to IAA.

There has been considerable input from many sources. IAA is also studying the question of governance. Both items will be discussed at the Tallinn meeting – they are on the 60 day agenda for the Council. The voting system is under debate. So there is a lot of activity going on. It looks, however, that the sections are relatively unscathed from the governance paper. Hideyuki Yoshida will try to make IACA still a member of the Executive Committee. The Committee members were urged to read both documents, and if possible attend the Council Meeting.

Professionalism Committee
Emmanuel Tassin has just stepped into the chair’s shoes. He will try to send discussion material to the Committee members before the Tallinn meeting.

He told that in Europe CEIOPS has caused a lot of work.

Morten Harbitz is the Norwegian representative in IAA’s Professional Committee, and can report from those meetings.

Publications and Research Joint Committee
Andrew Vaughan is trying to get info from previous chairs and form the historic papers. It was mentioned that the books from the IAA Congresses can provide interesting information.

Andrew hopes to have a newsletter done towards the end of April.

Ken Buffin told that there is a very interesting service on papers from the PBSS Section. The Committee Members are sending info on possible interesting papers to the editor in PBSS. Could we consider doing something similar?

Also, it was told that CAS is awarding the Hachemeister Price this year. They have some 90 papers for consideration. Most of them are very academic, but 6 - 8 papers are very interesting with practical angles. It could be worth reading them.

Membership Services Committee
Margaret Sherwood has tried to get a new chair for this committee, but so far with no success. There is one potential, who still has not said no. If this fails, Liyaquat Khan would be a good choice. As Margaret is waiting a final answer from the other candidate, she would like to see this first. It seems that this problem will be solved before the Tallinn Meeting.

Global Development Committee
At the conference call 24.02.2009 there was an interesting discussion. Many of the functions in ACA and CCA can be copied when a regional organization is formed. Hideyuki Yoshida told that he would like to use the EAAC Conference in the process of forming the new organization – the Asia Pacific Ocean Actuarial Consultants Organization. There will be need for a task force to found this organization. This will be discussed at the next meeting of this committee, in Tallinn at lunch after the IACA Committee Meeting.

When this organization is formed, the next regions in line are Latin America and Africa.

5-7 October 2009 – PBSS – Tokyo
The program is on the website. IACA has been invited to organize one session.

Hideyuki Yoshida, Ken Buffin and Yvonne Chen will speak at the conference.

Hideyuki urged the members to make an effort to attend the conference.

Hideyuki Yoshida and Liyaquat Khan will speak at the conference, and there will be two other IACA-related speakers. If anybody should be interested to speak, they should give notice to Grace, Bozenna or Hideyuki. Ken Buffin could be willing, but there is a heavy travelling burden at that time, so it may be difficult.

1 – 4 November 2009 CCA – Tucson, Arizona
Ken Hohman told that the plans are to recommend two sessions. They are trying to get speakers.

2012 – February or March – With Global Conference of Actuaries, PBSS and IAAHS – Probably Mumbai, India
Liyaquat Khan told that the planning committee had delivered two reports, the last one 22.03.2009. The planning started back in 2008 in conjunction with the Global Conference of Actuaries. The proposal is now to have the meeting in September, when the climate is best, and in New Delhi.

Because of the latest turmoils IAA says that this has to be handled very carefully. It is still not clear that PBSS and IAAHS agree with the proposition. We need to check with them at the Tallinn Meeting. Hideyuki Yoshida will send the report to the other two sections.

Meeting 30 May 2009, 10.30 am to 12.00 noon local time – Tallinn, Estonia
Only 4 committee Members will be present in Tallinn. A lot has said that they will join by telephone. Christian Levac will see to that the telephone works this time.
投稿者 アクチュアリー 世界に羽ばたけ日本人理系金融マン 時刻: 12:54