What is Japan's East Asia Community idea all about? 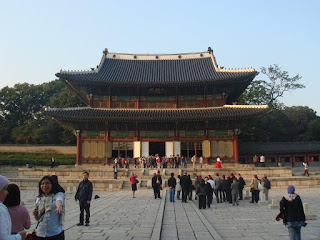 By Yoko Nishikawa
TOKYO, Oct 22 (Reuters) - Japanese Prime Minister Yukio Hatoyama is expected to pitch his idea of an East Asian Community, inspired by the example of the European Union, when he meets his Asian counterparts this weekend.
Asian leaders will gather in Thailand for the "East Asia Summit", bringing together the 10-member Association of South East Asian Nations (ASEAN) and China, Japan, South Korea, India, Australia and New Zealand. [ID:nBKK469502] [ID:nBKK491744]
WHY IS JAPAN PUSHING THE IDEA NOW?
Hatoyama, who took office last month after a landslide election victory, wants to put greater emphasis on Japan's ties with Asia while steering a diplomatic course more independent of the United States, Japan's most important security ally.
As its economic might declines as the population ages, Japan needs Asia's growing economic power for future growth.
Some analysts say Tokyo wants to draw China into regional arrangements as it fears losing its first-class status in the region amid talk of a "G2" arrangement under which Washington and Beijing shape the global economy. Economists expect China to replace Japan as the world's No.2 economy, possibly next year.
WHY DOES IT MATTER?
Intra-regional trade among member states of the East Asia Summit has grown three-fold over the past decade and accounts for 54 percent of their total trade, higher than that of North American Free Trade Agreement (NAFTA).
The GDP of East Asia Summit members combined now accounts for around 23 percent of the world's total output.
In addition to increasing economic interdependence, Asia has many issues to tackle together, including the financial crisis, outbreaks of H1N1 flu, climate change and natural disasters.
IS THE IDEA NEW?
Not really. The idea of a regional Asian grouping is the brainchild of former Malaysian premier Mahathir Mohamad, who proposed an East Asian Economic Caucus in 1990 -- a notion that some pundits called the caucus without the Caucasians.
Japan's push to create a home-grown Asian Monetary Fund to help troubled Asian economies in 1997 was quashed by the United States, just like Mahathir's EAEC proposal.
The East Asia Summit started in 2005, building on leaders' meetings held since 1997 by ASEAN plus China, Japan and South Korea. But the group is struggling to forge a strong identity.
WHO WILL BE INVOLVED IN THE EAST ASIA COMMUNITY?
Foreign Minister Katsuya Okada has envisaged opening membership to Japan, China, South Korea, ASEAN, Australia, New Zealand, and India -- the same members as the East Asia Summit.
But he has recently toned down his comments, saying there is no immediate need for concrete details, and has tried to soothe worries in Washington about the United States being excluded.
WILL IT EVER FLY?
Critics say the regional concept is pie-in-the-sky, but some argue that with Japan's new push, the idea could gain momentum.
Tokyo acknowledges that it will take decades to boost political integration and create a common currency in a politically, culturally and economically diverse region.
Japan hopes to first deepen economic ties and then take a step-by-step approach to boosting cooperation in other areas such as the environment, energy and influenza. It says sharing a common vision for the regional community will help Asia overcome friction more easily. But Japan's Okada has said it is hard at the moment to envisage a security agreement like NATO in Asia.
To make it viable, Tokyo needs to build trust with Beijing, given China's bitter memories of Japan's wartime occupation, the economic competition between the two and mutual mistrust over their militaries.
Rivalry over who would take the leading role as well as how to define the U.S. role in the scheme could become hurdles.
Washington has been wary about fresh talk on Asia's regional bloc, but Tokyo says it is a long-term vision and the U.S.-Japan alliance remains the foundation of Japan's diplomacy.
ANY IMPACT ON DOLLAR'S ROLE AS KEY CURRENCY?
Hatoyama has said his vision for an East Asian Community with a future goal of creating a common currency was not meant to diminish the role of the dollar, but market concerns linger.
The idea has always been touchy within Asia. Asian finance ministers a few years ago studied ways to create regional currency units as indicators to better monitor their currency movements, but the debate stirred controversy in some countries.

This service is not intended to encourage spam. The details provided by your colleague have been used for the sole purpose of facilitating this email communication and have not been retained by Thomson Reuters. Your personal details have not been added to any database or mailing list.
If you would like to receive news articles delivered to your email address, please subscribe at www.reuters.com/newsmails
© Copyright Thomson Reuters 2009 All rights reserved. Users may download and print extracts of content from this website for their own personal and non-commercial use only. Republication or redistribution of Thomson Reuters content, including by framing or similar means, is expressly prohibited without the prior written consent of Thomson Reuters. Thomson Reuters and its logo are registered trademarks or trademarks of the Thomson Reuters group of companies around the world.
Quotes and other data are provided for your personal information only, and are not intended for trading purposes. Thomson Reuters and its data providers shall not be liable for any errors or delays in the quotes or other data, or for any actions taken in reliance thereon.
投稿者 アクチュアリー 世界に羽ばたけ日本人理系金融マン 時刻: 20:15